Our Group and our Mission

Formally The D3 Group (D3G) comprises a translational research and education network spanning the Developmental Dental Defect (DDD = D3) sector, originally in Australia and New Zealand (the Hub) and increasingly around the world. But actually we are an eclectic bunch of individuals whose lives have been touched by D3 problems one way or another. Some of our families have experienced D3s first hand, many of us care for people with D3s either as dental practitioners or public health professionals, and many others are engaged in D3 research and education. We are also pleased to have a growing number of medicos and D3-savvy folk from industry amongst us (see D3G Down Under and International Friends).

All of us share the vision that teaming up and pulling together in a global "D3 family" effort will help get "chalky teeth" problems such as Molar Hypomin, AI and allied tooth decay recognised better, understood better, and cared for better. Our overall mission is to make many of these problems go away through prevention – at medical (primary), dental (secondary) and social levels.

To achieve these social benefits, our primary aim is to help educate people about D3s as they pertain them – families and patients, the public health sector and politicians, practitioners and industry, researchers, educators and students. Hopefully, such an improved foundation of science-based knowledge and understanding will lead to widespread benefits across societies and around the globe.

Besides our focus on education and advocacy, we also aim to foster improved research and healthcare of D3s. To do so, a key goal is to develop and exploit a scientifically-driven translational research network that strengthens our field and connects it with others – across Australasia and around the world. In other words, our action plan is to develop a pathway "towards stronger science and social good".

More specifically, our key objectives are to:

Increasingly we hear others talk about "the D3 movement" which of course is very pleasing to us – optimistically presuming this apparent compliment reflects awareness of what we're up to and where we're headed. We first used this expression in 2013 when launching the D3G website and Chalky Teeth Campaign (see report from here), little realising that those early dreams – to bring science, medicine and dentistry together to do something special for kids and society – would turn into today's reality.

Later, in preparation for our 2021 D3 Research Incubator, we provided a one-liner update on how we see the D3 movement today, as follows.

Our Culture and Our Values 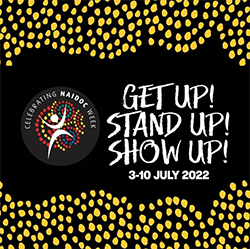 In 2020, respecting Australia's national week of indigenous reconciliation events (Reconciliation Australia, NAIDOC), we drafted the following acknowledgement alongside contextual information shaped as a forward-looking culture/values statement for D3G. And then in 2021, we introduced an annual quote taken from an article we found particularly helpful in our own learning, and added the section about traversing From Acknowledgement to Action.

Our intent is not only to support the ongoing need for reconciliation but also to set the scene for D3G's collaborative future-building by expressing thoughts on overlapping issues, past and present. While focussed on Australasia, we'd like our international membership to
help refine these thoughts into a translationally robust statement that
has global meaningfulness – so comments are welcomed (contact us).

D3G acknowledges Country, the mistakes of colonialism, and the residual gaps – plus the broader needs to respect history, culture, diversity and science – as we all collaborate to build a better future for humankind.

See our past learnings here. 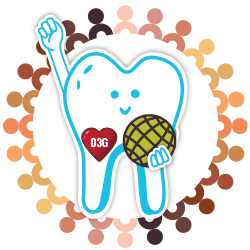 From acknowledgement to action 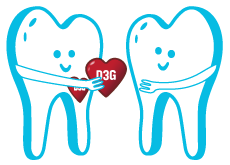 As for the Molar Hypomin problem, awareness and acknowledgment of cultural needs is a good start – however, concrete progress towards social good awaits real action across several fronts. We intend to work with indigenous and other minority people to help shape our global attack on Molar Hypomin and childhood decay, once opportunity and resources allow.

Meanwhile, we’ve made a start by supporting needy individuals in low and middle income countries through: (1) our Pay It Forward sponsorship of D3G subscriptions, and (2) half-price discounting for D3G events and allied
education packs (Learning Loop). 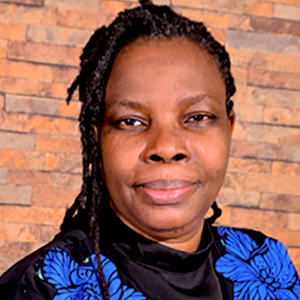 Led by our inspirational friend in Nigeria, Morenike Folayan, we’ve also started building a global team of “D3G cultural attachés” who are knowledgeable in both domains – i.e. savvy about D3s in context of local cultural needs. Read more about Morenike's wonderful efforts to harmonise cultural considerations with healthcare and science, not only across Africa but around the globe (here, here, here).

If you're willing to help us assemble and incubate these components we'd love to hear from you. There's strong need for international teamwork involving those who know the grassroot problems (subject matter experts) interacting with enablers (social entrepreneurs, impact investors) who delight in spotting opportunity and nurturing it through to social good. While our hearts are in the right place, we've got lots to learn and need to
develop skills and grow resourcing if our dreams are to be converted at
global scale. We also believe the unique patch of "D3 land" we've surveyed
and pioneered translationally comprises a wonderful new cause for those
interested in science-based social good – most notably, the realistic
prospect of halving tooth decay worldwide by making babies healthier
is something not to be sniffed at (read more).

History of The D3 Group

Increasing dental awareness of D3, plus uncertainties regarding their cause and treatment, led to the initiation in 2007 of an informal group of interested practitioners, scientists and public health representatives from Melbourne. Spear-headed by scientist Mike Hubbard and paediatric dentist David Manton, this informal group grew rapidly to include interested parties from elsewhere in Australia and New Zealand. As the figure depicts, a translational vision emerged, covering understanding, treatment and prevention at three operational levels (population, clinic and lab). At a network meeting in 2009, the decision was made to formalise the group as an Australasian, cross-sector network – and so The D3 Group (D3G) was born. Subsequent planning sessions by the Melbourne-based focus group led to agreement that better education was the number-one priority, and that a comprehensive, multi-targeted website would be a major advance in this regard. In 2010, Rebecca Williams (then in her first year of training to be a specialist paediatric dentist) kindly agreed to include co-development of such an online education resource in her doctoral research work. After beta-testing by the target user groups, the final draft website went online on 29th March 2013 and days later was launched to the dental community at meetings of the Australasian Academy of Paediatric Dentistry and the Australian Dental Congress. After responding to suggestions from across the D3G community, the official website launch event was held on 24th August 2013 together with release of a public-friendly media campaign about "Chalky Teeth" (see reports under News and Events).

Our D3 initiative can be traced back to 2003 when Mike Hubbard came to Melbourne with a brief to develop medico-dento-scientific research efforts in the tooth and bone arena under auspice of the Melbourne Research Unit for Facial Disorders, a translational initiative focussed on children. To get the ball rolling, Mike decided to pursue D3 as a worthy clinical problem, and to promote proteomics as a complementary research technology. By 2006, he had a State-wide technology network underway (launched in 2008 as Proteomics and Metabolomics Victoria) and so his attention turned to initiating a parallel translational network for D3. Tiring of the tongue-twisting terms then in common use (i.e. Developmental Dental Defects or DDD, Developmental Defects of Enamel or DDE), Mike coined the term "D3" as a much simpler alternative – and although it will always require explanation, this abstract moniker seems to have struck a chord with the greater dental fraternity and the public alike. In 2013, just a couple of days before public launch of the D3G website, Mike was told by a media consultant that "Molar Hypomin" was too complicated for public consumption (despite being more suitable than "Molar-Incisor Hypomineralisation", the academically favoured term of the day). Recalling a term used by his grandmother, Mike asked "how about chalky teeth?" and the rest is history – the Chalky Teeth media campaign took off, attracting national TV and radio coverage in Australia and over 40 reports around the world (media release, other links). Following further encouragement including broad professional acceptance of D3G's take on "chalky teeth", a dedicated Chalky Teeth Campaign landing site was launched in 2015. Early in 2017, the "We Fight Chalky Teeth" practice network launched in Tasmania – thanks to Garry Nervo for the idea of idiomatically mirroring the global "fight against tooth decay" mantra.

For further information on how we're tracking, see Our Social Impact.

This portal website is intended to help four target groups:

Our design intent has been to tailor each section to its target audience but also to pique curiosity so that cross-exploration of other sections occurs. We have also worked to make the website suitable for chairside use (on tablets such as iPad) as well as on laptop and desktop computers.

Whilst we feel obliged to maintain a reasonable level of curation over this website in its early developmental stages at least (rather than an open wiki style), our overriding goal is to ensure it meets users' needs and reflects consensus understanding of opinion leaders. Accordingly, we strongly encourage input of ideas, suggestions, tips, reinforcements and constructive critique – please email the website administrator (sharon.thed3group@gmail.com) or D3G director (Mike Hubbard) and we'll do our best to please.

And we are particularly grateful to the following colleagues for providing clinical images for use on this website (only): Rebecca Williams, Aghareed Ghanim, Wanyi Lim, Debra Elsby, Marilyn Owen, Jamie Lucas, Clarence Tam and Daniel Cocker.

Harmoniously, our Chalky Teeth Campaign logo depicts a "chalky molar" (see Molar Hypomineralisation) with a patch of chalky enamel at the top that has started to crumble (see our Chalky Teeth Lingo).

The D3 Group (D3G) seeks to ensure that all content and information published at this website is current and accurate. Accordingly, all content, information and architecture of D3G's website might be updated or changed without notice. However, D3G gives no assurance or warranty regarding the accuracy, timeliness or applicability of any of the contents, and D3G disclaims all liability in respect of such information.

Reference within this website to any specific commercial or non-commercial product, process or service by trade name, trademark, manufacturer or otherwise does not constitute or imply an endorsement, recommendation or favouring by D3G.

In addition, D3G cannot be held responsible for the contents of externally linked pages. Links to external websites are provided solely for visitors’ convenience. Links taken to other websites are done so at your own risk and D3G accepts no liability for any linked websites or their content.